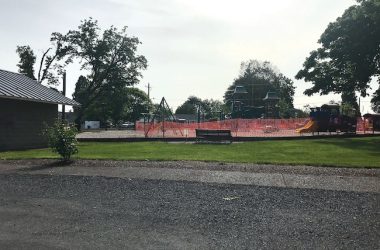 Saturday afternoon: Mesh netting surrounds playground equipment at Holt Park. Later in the evening the park was vandalized and local sheriff’s deputies arrested a suspect. CRESWELL – Two men have been arrested and charged with criminal mischief and criminal trespassing – including one who was tased in his carport after[Read More…]

May 27, 2020 by Erin Tierney & Noel Nash - The Chronicle Comments are Disabled