Hyper-local highlights delivered right to your inbox each week.

chronicle1909.com
Owens powers Lions with Top 3 finish
EUGENE – Cottage Grove’s Jaden Owens and Carter Bengtson made a bit of history Saturday as they placed 3rd and 6th, respectively, at the Class 4A state cross country meet…

chronicle1909.com
Bulldogs eliminated in quarterfinals
The Creswell Bulldogs volleyball team, ranked No. 7 in 3A, took 7/8th in the state tournament last weekend after falling to Siuslaw and Santiam Christian. The Bulldogs advanced to the… 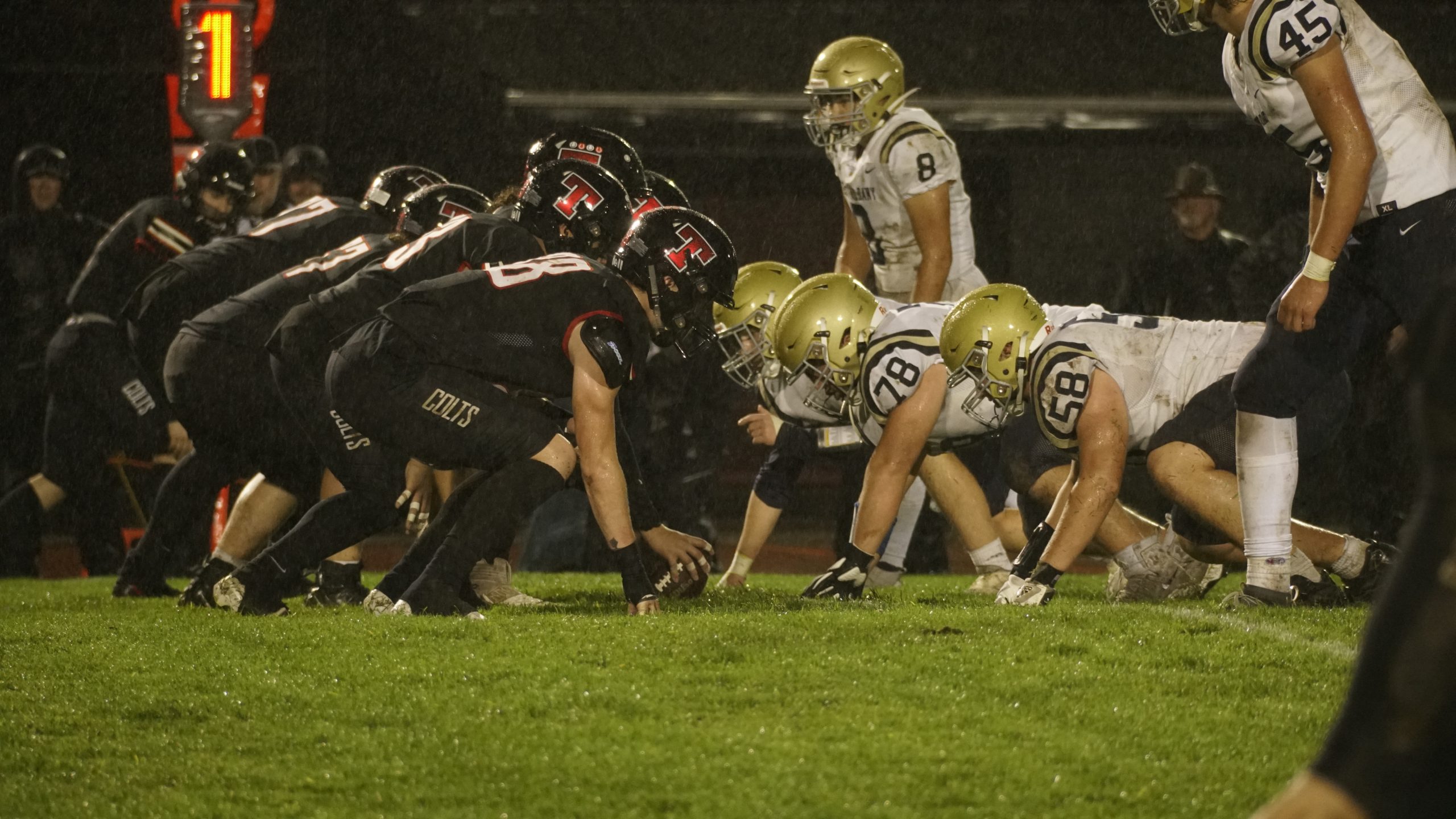 chronicle1909.com
Colts survive West Albany, rainstorm
SPRINGFIELD – You’ll hear a lot of coaches describe the playoffs as a “survive and advance” endeavor. In a game with sheets of rain throughout, that’s exactly what the Thurston…

SPRINGFIELD – You’ll hear a lot of coaches describe the playoffs as a “survive and advance” endeavor. In a game with sheets of rain throughout, that’s exactly what the Thurston Colts football team did. The Colts were tested for the full 48 minutes on Friday, but a late field goal block by Kodi Wardlaw allowed Thurston to escape against West Albany 13-12 and advance to the second round.

“It feels really good to move on,” said Justin Starck, Thurston head coach. “The kids showed a lot of grit and determination.”

Starck has coached Thurston since 2003, and said he’s never had a team play in conditions like those last Friday. Couple that with Thurston’s grass field, and it was a muddy, run-heavy game. West Albany rushed the ball 45 times, and the Colts ran 41 times.

“One-hundred percent because of the rain – 100%,” Starck said of the playcalling.

Interested in getting interviewed? Have an insight or perspective that needs to be shared with the world? Looking to subscribe?